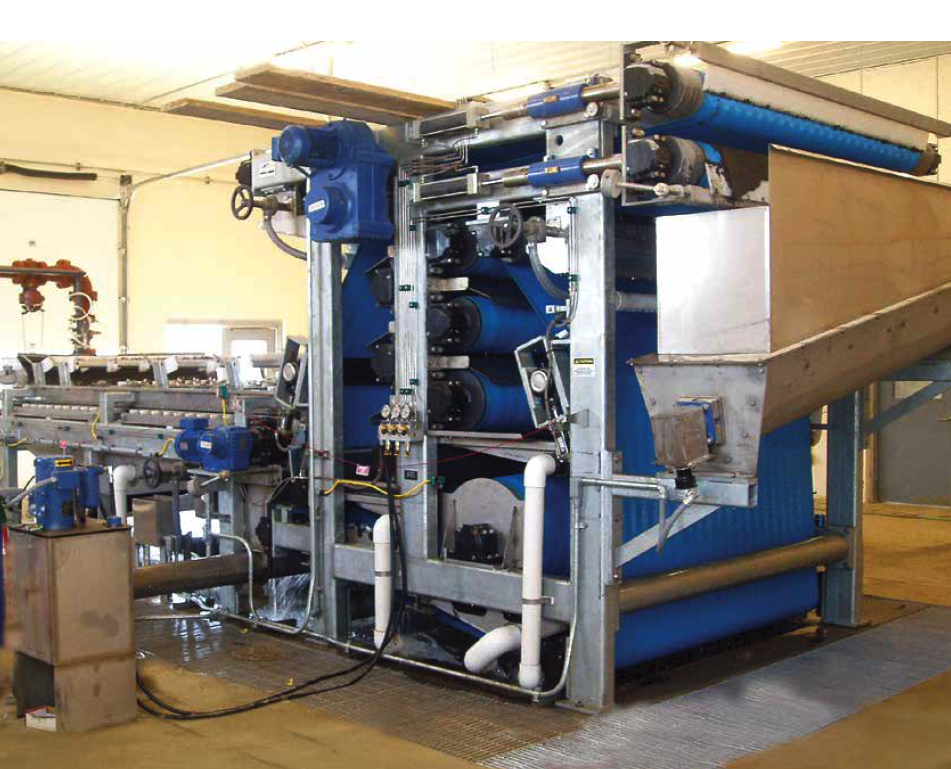 WTS | First Defense ran this facility with half as many employees and half of the cost of the incumbent contractor. Our management plan included 1 plant manager, 2 supervisors, and 2 full-time operators/maintenance personnel. Cost savings were also realized in turning the maintenance budget over to the plant and improving the sludge dewatering process.

WTS | First Defense took over management of the process from there and was hired to make all of the decisions on how and when to process the scrubber waste water to produce a final product that would be ready for landfill or other.

The thickener solids were managed and pumped as necessary to be processed. This consisted of first pumping the solids to a surge tank where a large mixer was used to maintain the slurry in suspension. All pumping equipment, automatic valves, manual valves, gear boxes, motors, and mixers were WTS | First Defense’s responsibility to maintain. From the surge tank the solids were pumped to 1 of 2 centrifuge systems where the slurry was dewatered. The centrifuges were each at one million dollar pieces of equipment that WTS | First Defense was responsible for operating and maintaining. The water was returned to the thickener while the solids were combined with fly ash and lime to create poz-o-tec material. This material was either sent to a landfill or could be used as a base for secondary roads (beneficial use product) if needed.

WTS | First Defense was responsible for maintaining all the equipment that was used to feed and measure the fly ash and lime to make the material. This included lime and fly ash silos, blowers, rotary feeders, slide gates, screw conveyors, belt conveyors, soft start electrical controls, variable frequency drives, PLCs, flowmeters, pH meters, electric pneumatic valves, motorized pinch valves, scrapers, plant air scroll compressor, air dryer, dodge torque arms, dust collectors, sump pumps, and a large pug-mill mixer. The final product was conveyed to a concrete pad via a conveyor and radial stacker. The material was loaded onto trucks 23 tons at a time with a front end loader and taken to the landfill for disposal or sent to DOT/State/Township for beneficial use.

The BDP press is utilized to remove solids from the equalization basin. A pump will recirculate the basin to stir the solids and a second pump will take suction and transfer to the press. 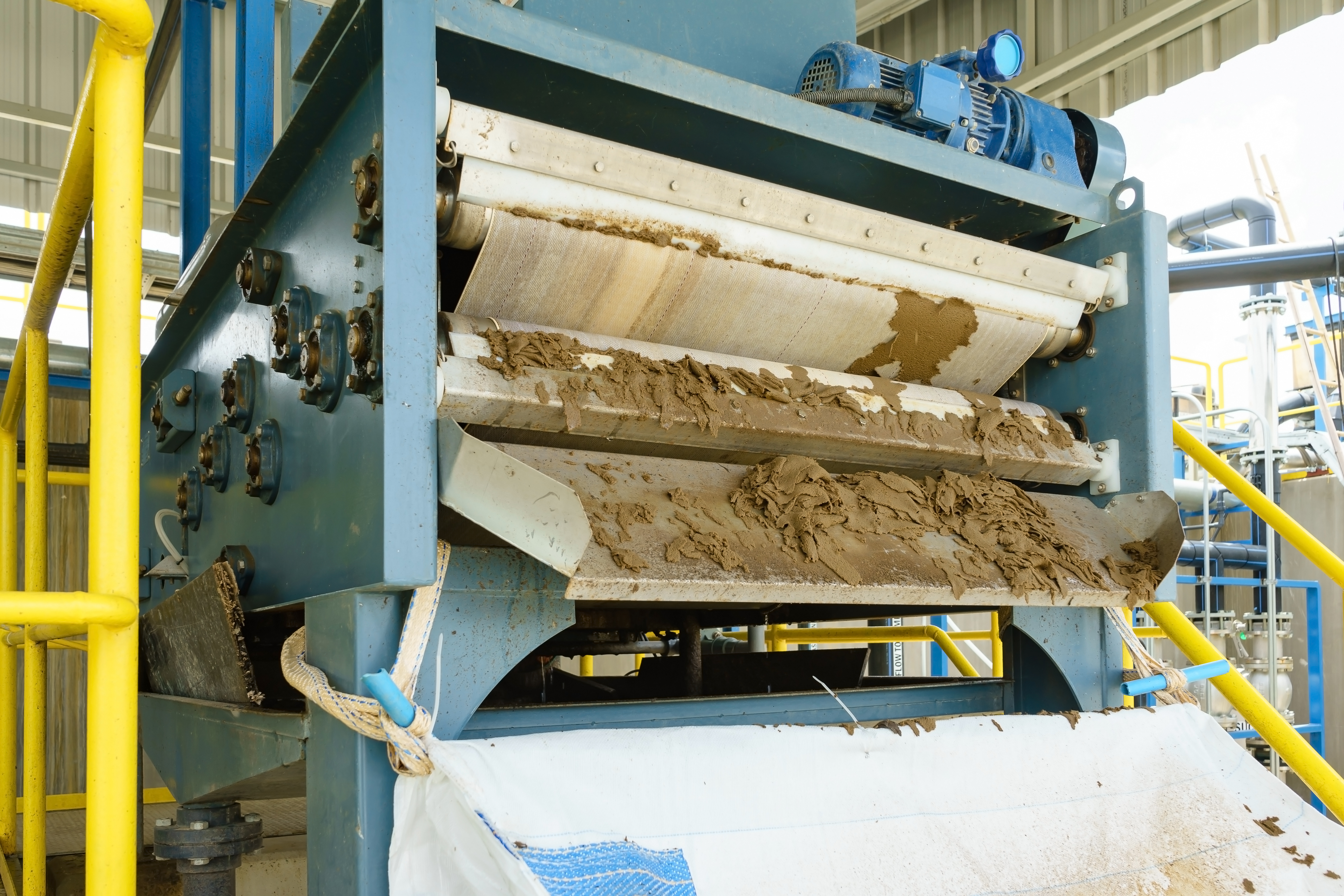 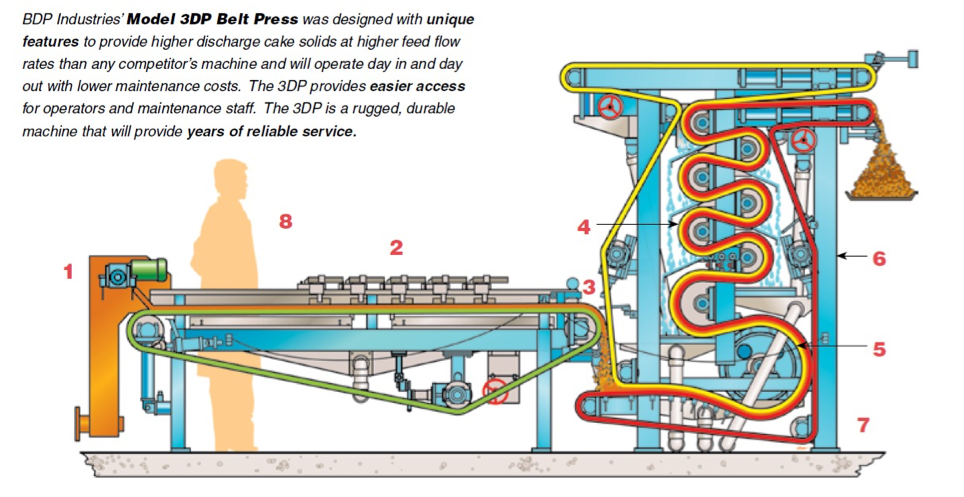